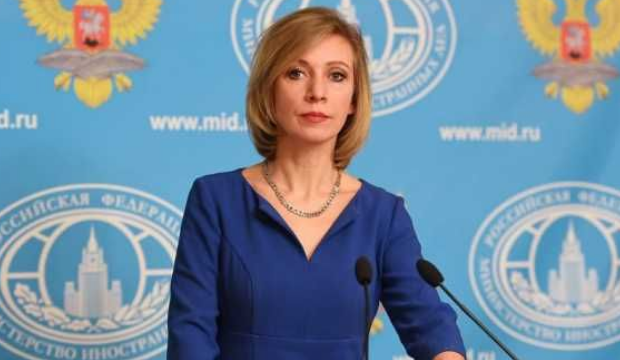 Zakharova said, in a statement to "Russia 1" channel, today, Thursday, that this incident has a "political element represented in the provocative activities near our borders for a long time by NATO countries, and Britain is a member of the alliance," and continued: This is a fact. This is the political element, that is, to create endless disturbances and provocations, among other things, against Russia."

Zakharova added: “What is the point of this? It is to promote a thesis in the political media space of Western countries, created, including in the bowels of Brussels, about claims of our unpredictability, about the alleged threat that emanates from us towards the Western world. This is the goal of such These provocative actions. This is the political element."

Yesterday, Russian army forces fired warning shots towards the path of the British destroyer Defender, after the ship violated the borders of the Russian state off the coast of Crimea without complying with the demands of the Russian side.

The British authorities denied the occurrence of any accidents and the firing of warning shots, despite the publication of footage documenting the moment of the accident.

We showed you, our valued visitors, the most important details about the news of Moscow: The incident of the British destroyer Defender is a provocation directed against us on Dot Al-Khaleej in this article. We hope to have provided you with all the details clearly and with more credibility and transparency. Our website is on your browser or by joining the mailing list, and we look forward to providing you with all that is new.