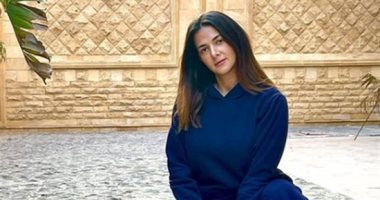 The star, Donia Samir Ghanem, was absent from the opening ceremony of the Aswan International Film Festival for Women, where she apologized due to the health condition of her mother, the artist Dalal Abdel Aziz, and the death of her father, the great star Samir Ghanem, and she was satisfied with filming a video that the festival administration will display at the opening ceremony shortly.

This morning, the Minister of Culture, Dr. Enas Abdel Dayem, arrived at Aswan Airport, and a large number of art stars, to attend the opening ceremony of the Aswan International Women's Film Festival in its fifth session, and its activities will continue until next Tuesday, June 29.

The activities of the fifth edition of the Aswan International Film Festival for Women’s Films, which bears the name of the Nile cycle, were launched in the presence of Dr. Enas Abdel Dayem, Minister of Culture, Major General Ashraf Attia, Governor of Aswan, Dr. Maya Morsi, President of the National Council for Women, Ambassador Christian Berger, head of the European Union delegation in Egypt, and Engineer Ahmed Youssef, head of the Tourism Promotion Authority And a large crowd of stars and filmmakers.

The opening ceremony will be held in an open theater on the banks of the Nile at the Tolip Hotel Aswan, amid great precautionary measures. The ceremony will be presented by Aya El-Ghariyani, who previously presented the royal mummies ceremony, and theatrical direction by Hisham Atwa, while director Abdel Rahman Nasr will direct and broadcast live on Nile Channel. Cinema.

The opening ceremony includes honoring Dr. Maya Morsi, President of the National Center for Women, and awarding her the Note Award for achievement in the field of women's issues, as well as honoring Dr. Fayza Al-Kharafi, the first female university president in the Arab world, by giving her the Leadership Award.

The festival will also honor, at its opening ceremony, the French star Masha Merel, the star Ilham Shaheen, the director Sandra Nashaat, the Palestinian director Najwa Najjar and the film archivist Mona Al-Bandari.