What Is the Meaning of the Skull Emoji? 💀

Despite its ominous appearance, the skull emoji has a surprisingly playful meaning on the internet. The meaning of all those skulls in the comments area is as follows.

You could believe the skull emoji (💀) refers to something deadly or macabre if you see it used. After all, the human skull emblem has been used in everything related to death for hundreds of years, from images of the Grim Reaper to poison warnings on bottles of deadly cleaning agents. However, the meaning of the skull sign on the internet has radically changed in the previous decade, becoming intense laughter.

Even if the subject of a humorous TikTok video or viral Tweet has nothing to do with death, you may be greeted by thousands of skull emojis in the comments. All of these are acronyms denoting bursts of intense laughter, a darkly humorous take on acronyms like "LOL," which have been around for years on the internet. This is a tendency that originated with younger users and has now expanded across the internet.

You can express your laughter in a variety of ways on the internet. "LOL," which stands for "laughing out loud," is still the web's longest-running and most durable acronym. ROFL, LMAO, and BWL are just a few of the many laughing-related slang phrases that have come and gone since their inception. The internet is always coming up with new ways for people to communicate how amusing they find something.

Despite the fact that "LOL" is still an important part of everyone's online lexicon, its significance has faded with time. Because most people who type lol aren't laughing, this is the case. Instead, it's been repurposed as a gap filler for direct messaging, similar to "um" and "uh." As a result, people have turned to non-linguistic methods of expressing their amusement, such as GIFs, photos, and emojis. 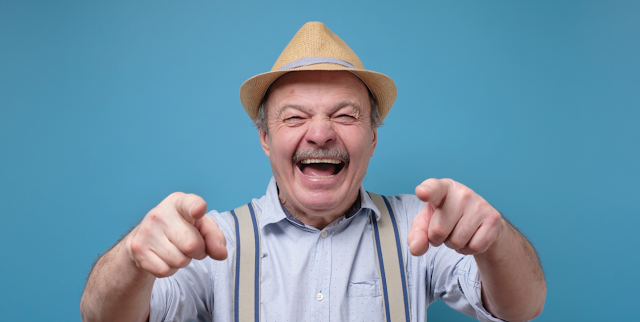 The concept of "dying" as an idiomatic phrase for laughter has existed for a long time, long before the internet. "I'm dying of laughter" or "blowing a lung" were common words in sitcoms. However, the phrase "I'm dead" gained traction on the internet, with an entry in Urban Dictionary debuting in September 2013. The expression is defined as "You died of laughter, aka something is so funny you died laughing."

The phrase became shorter and shorter, like with any other internet slang. People began just saying "dead" in response to something amusing at first. Even that was trimmed when the emoji was released, and it eventually became just a graphical depiction of a skull first Emoji pack from Unicode in 2015.

You might question why people choose the skull when there are so many that can represent laughter as you look through the list of emojis available on your phone. According to the Adobe Global Emoji Trend Report, the "crying-laughing" face is the most popular emoji in the world, along with a slew of other icons that expressly portray someone laughing or chuckling.

People, like anything popular, prefer to go against the grain. While the crying-laughing face remains popular, it is also loathed by a large portion of the internet due to its misuse. As a result, new techniques of expressing laughing emerged, including the skull. It's also part of a growing trend of black humour on social media sites such as TikTok.

The skull with crossbones (☠️), the coffin (⚰️), and even the gravestone () are a few more dark emojis that people use to represent amusement. Many people, such as “💀💀💀💀.” employ multiple skulls in a single message.

The Skull Emoji and Its Uses

Do you wish to include this odd laughter emotion in your messages? It's a simple procedure. When you come across anything particularly amusing, simply utilise the emoji. People that know about the skull will realise that you're laughing in real life, unlike "LOL," which is no longer seen as someone truly laughing.

Here are some examples of how to use the emoji:

Do you like to learn about some additional strange slang expressions that have emerged in the digital era? You'll be writing like a pro in no time if you read our articles on sus, OG, and cap.
Source howtogeek
Tags
Social Media
Related Article